Leftover Salmon at the Stanley Hotel (2015)

When I think of a music festival, I typically conjure up images of dancing for days and nights in a big open field, chilling at my sparkly campsite with my weekend neighbors, eating lots of hummus and veggies for basic sustenance and taking “showers” with wet wipes. These are all things I actually adore about music festivals, and I look forward to enjoying these exact moments multiple times throughout the year.

But there’s a new trend in the world of music festivals.  And it involves indoor beds, indoor showers and indoor eating. Crazy, right?

Last year (2015), Leftover Salmon had their first annual 3-Day Festival at the Stanley Hotel located in Estes Park, CO. In case you aren’t familiar with the Stanley Hotel, it has a lot of connections to the Shining by Steven King.  This fact influenced the band to have the festival start off on a Friday the 13th. Might as well push the creepy factor, right? It is also located near the entrance to Rocky Mountain National Park and in the beautiful tourist-fueled town of Estes Park. In other words, it’s an iconic location with a stunning background. My first thought when they announced the festival was – Duh? What took someone so long to think of this?

A 3-day camping festival in March at the base of the Colorado Rockies may not seem feasible…unless you really want to pull out that sub-zero sleeping bag and plan on wearing your thermals all weekend. I’ve danced on ice and snow plenty of times.  It’s a bit dangerous, but it can be done. However, if the idea of staying in a cozy hotel room (or an upscale 2-bedroom condo with a full kitchen and living room) seems like a more comfortable option, then this might be right up your alley. 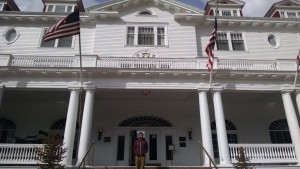 As we drove up to the Stanley on Friday afternoon, the Colorado skies were clear and blue.  Vince Herman was standing at one of the balcony windows waving to those down below (fact).  The festival goers were overflowing with excitement and expectations. As we all stood in line at the hotel to get our bracelets, the energy was palpable. This was the first time anyone had experienced this festival, and everyone knew it was truly a special event that we were lucky to be able to attend. 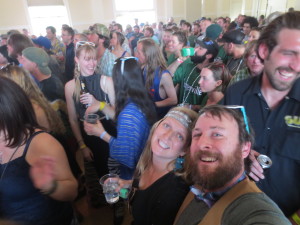 The festival kicked ass in so many ways.

First off – it was an incredibly intimate experience.

You had the chance to actually interact with the band members throughout the weekend. You could easily get up close and personal during the sets. If you have been lucky enough to have had the chance to watch Bill Payne from just a few feet away, you know how “quirky” that man can be when he is setting those keys on fire. Not only did you get to know the band a bit more, you got to really get to know all your new friends who attended the festival. It was a truly special experience that you are lucky enough to share with just a few hundred people.  No doubt that many lifetime friendships were formed throughout the weekend. 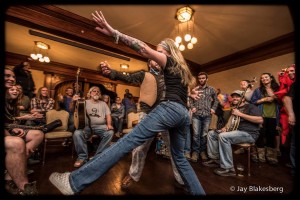 Second off – it was classy.

There were whiskey and wine tastings, a Sunday brunch, and a “Formal Attire Night” with everybody dressed to the nines. There were fireplaces and balconies galore, for goodness sake. My shower was inside with hot water, and they gave you little bottles of really good smelling shampoo and soap to use. (This meant I didn’t smell like a baby wipe for 3 days).

Third off – there were a lot of really fun activities to keep you entertained when it wasn’t showtime.

Big Wheel Races (1st Place goes to Team Hooterville!).  A pet cemetery (that should only be discovered while exploring after midnight).  Midnight screenings of the Shining.  An impromptu dance-off during the last night, late-night pick with Vince (the prize goes to Couple #3 – we won!) 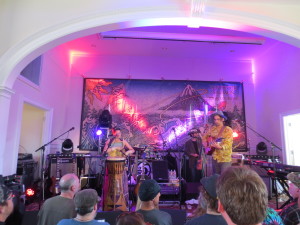 And Fourthly, but not leastly– the music was spectacular and you didn’t have to miss a beat!

3 days of Leftover Salmon shows (and they were killing it every single set), with special guest Sam Bush (It’s SAM BUSH everybody!). Plus, brunch with Gipsy Moon and a “Mystery Matinee” afternoon set with members of Elephant Revival.

Don’t get me wrong. I love camping music festivals

with all of my heart, and I’m not trading them in anytime soon. But I am really feeling these fancy weekends spent with my favorite bands in classy hotels – and I am counting down the days until “Leftover Salmon at the Stanley Hotel” returns in 2016. 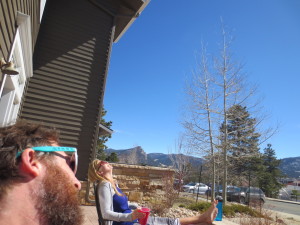 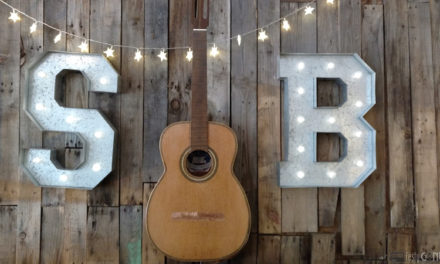 The Breakdown of the Susquehanna Breakdown 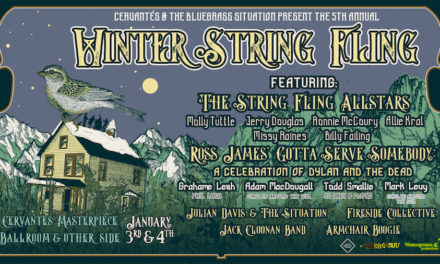 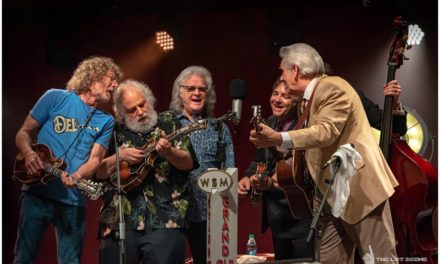