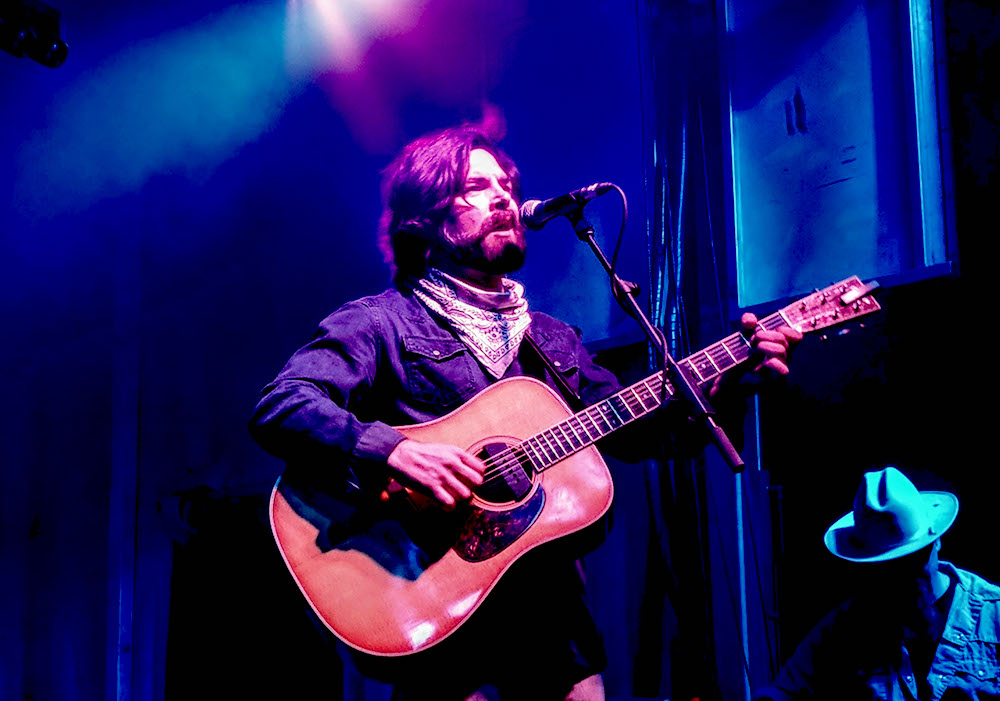 The History of YarmonyGrass: An Interview with festival founder, Andrew McConathy

YarmonyGrass Founder, Andrew McConathy shares the history of this Colorado river festival and insight into exactly how the “Floating Stage” came to be.

I met Railroad Earth through Honkytonk Homeslice (Bill Nershi, Jillian Nershi, and Scott Law) and their manager, Lisa Brown, in 2005. The two bands paired up for “Honkytonk Railroad Tour”, and I was able to attend the intimate shows in Vail, Steamboat, and Telluride. I actually took Billy and a few of the Railroad Earth guys skiing in Vail & Steamboat. I wasn’t quite sure what I wanted to do with my life at that point and was living out the ski-bum dream as a Ski Instructor at Golden Peak in Vail, where I had grown up ski racing.
I remember Lisa Brown repeatedly asking me what my dream was – what did I want to do??? As an avid fan of The String Cheese Incident, and having followed the band to Europe, Canada, and every corner of the United States, I knew music was something I was passionate about and very much needed in my life. I had seen SCI at Horning’s Hideout and absolutely loved the remote brilliance of it – tucked away from the real world; enveloped in days and days of music without the distraction of everyday life. After having several conversations with Lisa (who I would call a dream builder, if you will) she asked me, “Why don’t you just start your own music festival? You know plenty of musicians and I can help you do it!”

My family owned a ranch on the Colorado River and we started small with a private event on my parent’s land, called Yarmony Creek Ranch. Railroad Earth played the first Yarmony event on the 4th of July weekend in 2006.

That same summer Lisa helped me put together a small festival (called YarmonyGrass), which was supposed to be held at Yarmony Creek Ranch on labor day weekend. The lineup included Honkytonk Homeslice as the host band, Drew Emmitt solo, Keith Moseley solo, New Monsoon, Cornmeal, Shanti Groove, Big Water, the OG secret special guest Keller Williams, and others. However, due to insurance reasons, we weren’t able to have the festival at Yarmony Ranch and quickly moved it down the road to the historic State Bridge Lodge.

The following year, 2007, State Bridge was burned to the ground and the cause never discovered. We somehow managed to keep the festival there and literally danced in the ashes of the historic lodge.
In 2008, we increased the scale of our event and moved to Copper Mountain with Railroad Earth headlining for 2 nights plus all the members of String Cheese playing on the same day (with their side projects) while SCI was technically on hiatus. This was a big moment for Railroad Earth, and I believe it was the first time they had headlined a festival in Colorado. We also had Greensky Bluegrass and Elephant Revival that year, whom most people had never heard of at that point. It was an incredible lineup and a fantastic festival but something was missing… the Colorado River. Thus, following an incredible YarmonyGrass #3, we moved the festival to Rancho del Rio, a festival site that boasted geographical references like Yarmony Mountain, Yarmony Bridge, and Yarmony Rapid just miles from State Bridge and my parent’s ranch. Basically, the festival came home. The rest is Pirate Unicorn history.

About the “Floating Stage”, could you share some background into the creation of the floating stage concept? Who created the stage and how long has it been a part of the festival? Are there any “Floating Stage” moments that stand out?

It’s hard to say. I can’t quite remember whose exact idea it was – I believe the original concept was developed by then Festival Manager Jason Mastrine and myself. The idea was to pull over on the float from Radium to Rancho and have Honkytonk Homeslice play on the river bank. We were working with our friend Otto at the Colorado River Center who told us there wasn’t enough space to have the entire festival on one river bank, however – he could bring plywood and drill two guided raft boats together so the musicians could stand and pick while we all floated down the river together. It seemed like a good idea at the time so went with it.

Thus, the World Famous YarmonyGrass Floating Stage made its debut on my birthday, August 1st, 2009, on the Colorado River between Radium and Yarmony Rapid. We basically got the entire festival out on the river and ordained Bill Nershi, plus members of Greensky Bluegrass and Elephant Revival as the maiden pickers.

As you can imagine, this had never been attempted before, so many of the musicians were hesitant to bring their own priceless instruments. In exchange for getting to lead a few songs, I ended up bringing my own Santa Cruz guitar as the floating stage house guitar. During “Long Journey Home” I broke my G string and had to pass it off to Pete Kartsounes. At the very end of the float, while playing “Take Me to the River” Pete broke another string on me guitar, this time the high E. Once back on shore I immediately had to borrow strings from Dave Bruzza (of Greensky Bluegrass). I quickly replaced the two broken strings in time for my set that afternoon. The crazy part of this story is the following weekend my Santa Cruz was stolen at Rhythms on the Rio in South Fork, CO and disappeared for 6 years. When the guitar was miraculously returned to me 6 years later, it still had the same mismatched strings on it that Bruzza had given me!

Every moment on the floating stage is special but if I had to pick one, my favorite would have to be that same year when a bald eagle hung out with us for about 10 minutes while we floated and picked our way down the Colorado River with Honkytonk Homeslice and the Greensky Bluegrass and Elephant Revival crews on my birthday. It’s pretty hard to top that one!

In your eyes, as a musician, what sets YarmonyGrass a part from the other music festivals in Colorado?

Certainly the river and the floating stage, but also the intimate opportunities created by having the festival at such a small venue. As a fan you can see Tim Carbone fly-fishing in the Colorado River, pick with Bill Nershi, Scott Law, and Keith Moseley in the campground, or just hang at the campsite with your kids and listen to the music from the comfort of your tent or campfire. We always emphasize collaborations between our artists. We’ve had cross-pollination with bands like The Trancident, Nailhouse, The Travelin’ McCourys with Bill Nershi, Peter Rowan, and Drew Emmitt, The Shockenawe Mountain Boys with Allie Kral, EOTO with Bridget & Bonnie etc.
We also keep a steady pulse on younger, developing acts around the country that Greensky Bluegrass & Elephant Revival once were. We are always keeping an eye out for the next band that has the potential to take it to that level while also trying to stay true to who we are and the music that Yarmony has always embodied. 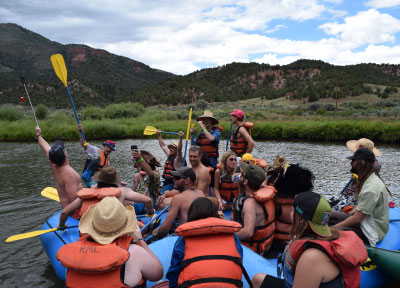 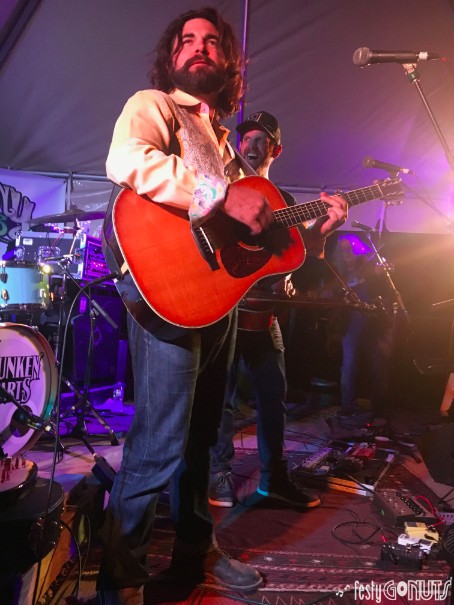 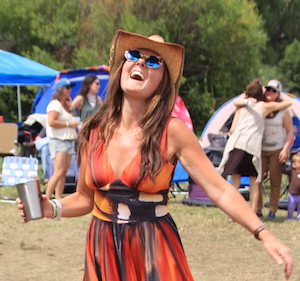 Michelle Brooke is the latest butterfly floating around festivals on behalf of Festy GoNuts! She can usually be found near the stage, spinning around with a huge grin on her face! 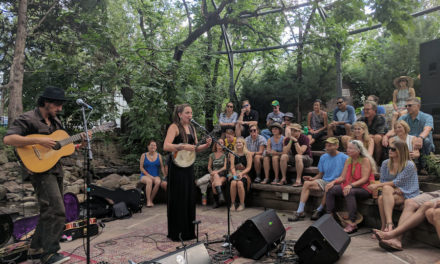 Grapes and Grass: Pairing wine with bluegrass in Boulder, CO 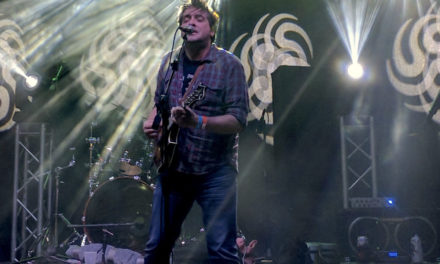 The Jeff Austin Story: Put On Your Purple Tuxedo and Go To the Dance Yourself 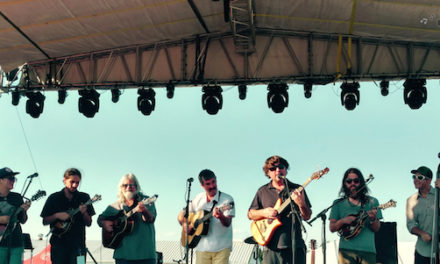 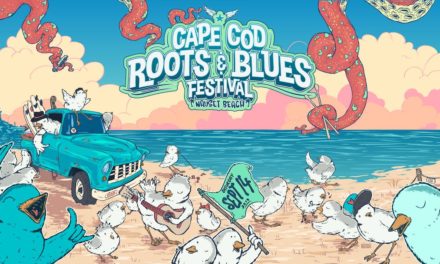