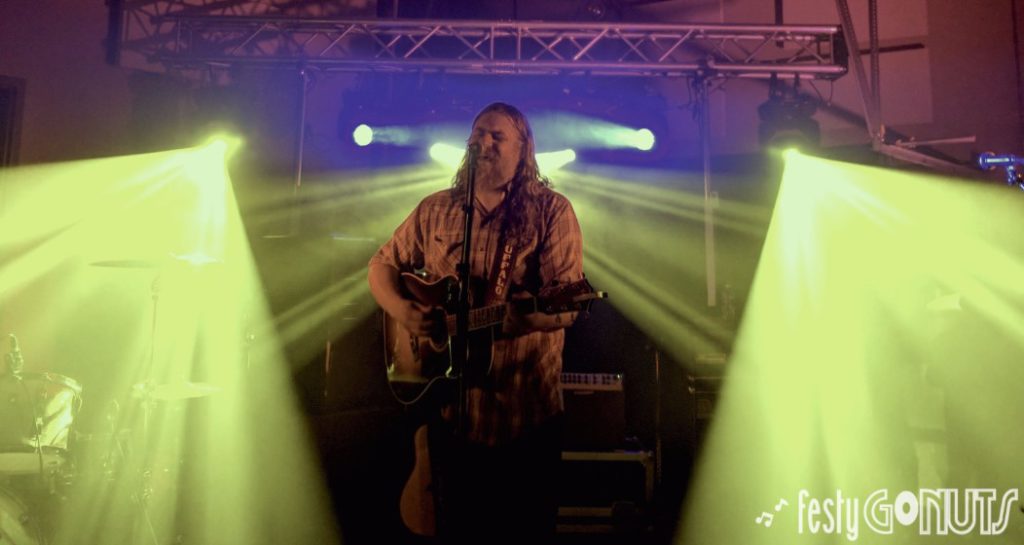 We were lucky enough to catch a glimpse of the elusive White Buffalo this week.

If you follow Festy GoNuts and the festivals we tend to cover, you may not have heard of The White Buffalo.  This is by no fault of ours, as we have told you to check out The White Buffalo on many occasions, and you really should be listening to us by now.

Our first encounter with The White Buffalo came on the streets of Lancaster, PA over 6 years ago.

You may be asking yourself what a buffalo would be doing in Lancaster, and no doubt The White Buffalo was asking the same question.

We were on our way to a show for which The White Buffalo was the opener, but that meant nothing to us at the time, as we were completely unfamiliar.  We were also unfamiliar with the venue to which we were headed, and not sure exactly where it was located.  While walking the streets looking for the elusive Chameleon Club – chameleons being as hard to find as White Buffaloes – we came across a tour bus.

It just so happened that the bus door was opened, and a large bearded man who appeared to have just awakened emerged through the doorway, filling its frame.  Assuming he was the bus driver or a roadie, we asked for directions to the club.  He happily, albeit groggily provided the direction we needed.

Fast forward a few hours, and to our surprise the bus driver/roadie took to the stage as The White Buffalo.

As The White Buffalo struck the first chords of his guitar and sang the opening notes of his first ballad, we were instantly enthralled.  Far from being the bus driver/roadie (no offense meant to bus drivers and roadies!), the man we saw belted out heartfelt ballads with the voice of an angel.

I cannot tell you who the headlining act was that night.  It didn’t matter anymore, as those memories have taken flight in order to better preserve every single moment The White Buffalo was on the stage.

We were musically in love with The White Buffalo.

After that show, we sought out to listen to every piece of his music we could get our hands on, and find out just who this White Buffalo is.

The White Buffalo is Jake Smith, hailing from southern California.  Jake delivers a voice as large as his stature and twisted as his beard, deep and tender, growling and soothing on ballads and rocking anthems alike.  Smith’s songwriting will make you want to gamble, drink whiskey and hug your lady all at once.  He draws comparisons to Johnny Cash, Eddie Vedder, Richie Havens and Glen Danzig, but undoubtedly is The White Buffalo – there is no confusing Jake Smith’s voice with any other.

His songs span subjects from heartbreak, love, loss and death to outlaws, robbers and thieves.  There are many stories to be found throughout his songwriting, recurring characters, self deprecation and, of course, whiskey. Memorable lines such as “I had a fight with the woman, so I stopped in to think…I had my psychologist pour me a drink” are prevalent throughout all of his albums.  The White Buffalo’s latest album, “Darkest Darks, Lightest Lights” is no exception.

Darkest Darks, Lightest Lights is an album born out of urgency and spontaneity.  In a recent Billboard Magazine interview, Jake Smith discussed utilizing a different process on this album, resulting in an album that he says is more gritty and raw, encompassing a live feeling of “attitude and balls.”

Going back to the 2002 release of Hogtied Like a Rodeo, it’s hard to fathom that in 15 years The White Buffalo is still finding room for more attitude and balls, but he is.

Our most recent encounter with The White Buffalo happened in Longmont, Colorado.

While you may be asking what The White Buffalo was doing in Longmont, this time we have an answer.  Oskar Blues held its 15th CANiversary Party in the Oak Room at the Tasty Weasel.

This beautiful new venue played host to an energetic crowd celebrating the birthday of one of Colorado’s original and most loved breweries. As he did for the 10-year anniversary, The White Buffalo headlined this year’s celebration. 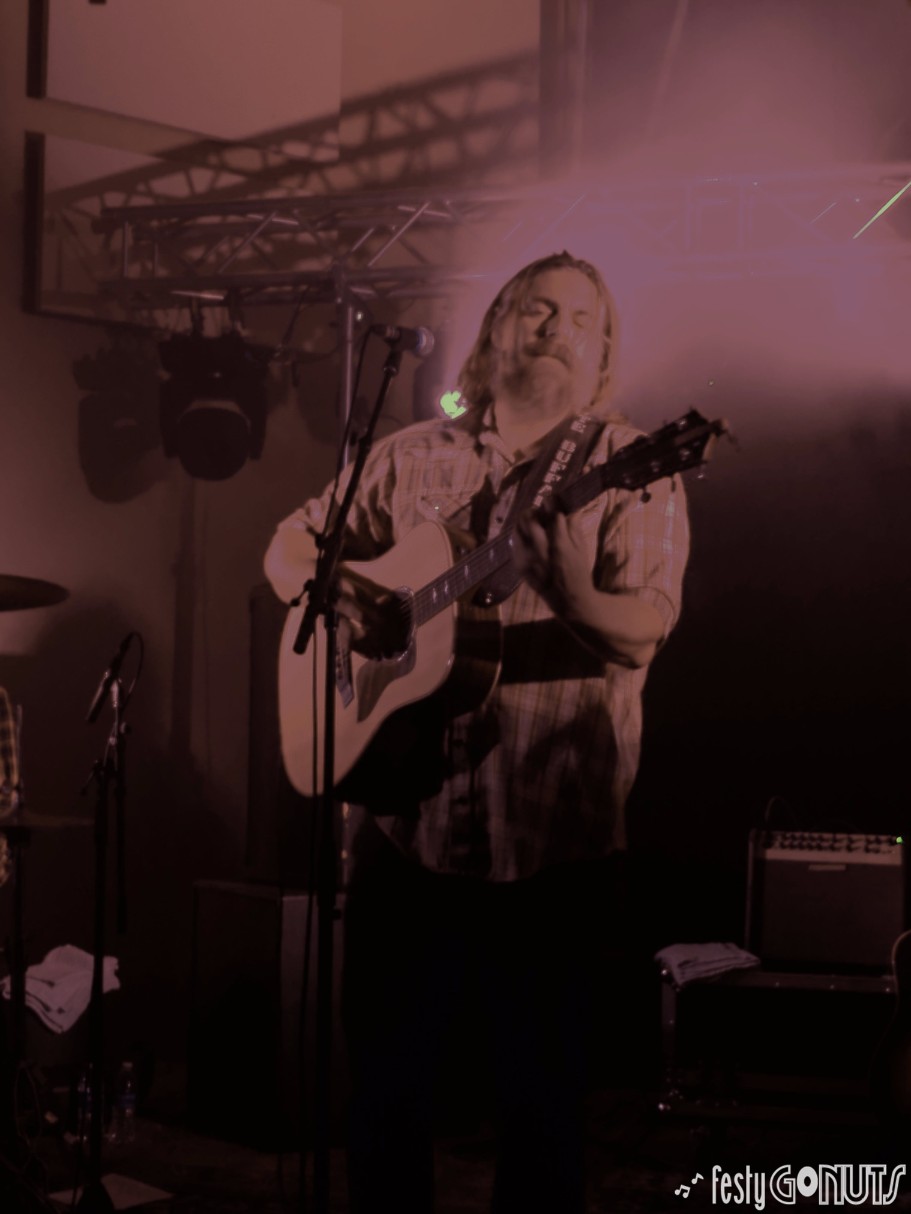 It was an incredible treat to many area fans that have not had many opportunities to spot the elusive White Buffalo.  The elusiveness of The White Buffalo is not just a handy pun, an easy play on words.  No, The White Buffalo has at times been as hard to locate outside of California as his namesake.  That’s why we could not be more pleased to see the extensiveness of the current White Buffalo tour, bringing him practically to our doorstop during his 2-day stop in Colorado.

When The White Buffalo takes the stage the room is instantly alive with energy.

Jake Smith is joined by Christopher Hoffee on bass and Matt Lynott on drums.  It’s hard to imagine the driving energy on some of The White Buffalo’s tracks being recreated by 3 men, let alone surpassed by them, but that is exactly what Hoffee and Lynott bring to the table.

Matt Lynott attacks his drum kit with ferocity, like a heavy metal jazz band, if there were such a thing.  Sticks are flying at lightning speed, and one almost feels sorry for the abuse the skins are taking.  Christopher Hoffee compliments and drives the sound like only a punk rock bass player can. Bouncing on the stage as if he were flanked by Joe Strummer and Mick Jones, Hoffee takes the songs beyond their recorded versions and infuses them with even more attitude and balls. 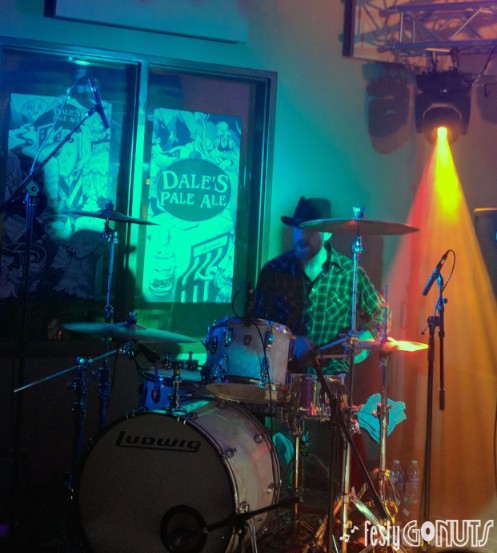 And then there is Jake Smith.

Commanding the attention of the entire room despite the raucous rock show on either side of him, Smith feels every note and shares that feeling with every soul in attendance.  His eyes yield a softness unexpected given the darkness of most of the song’s subject matter – his playfulness and easy banter straight up defy it.

The result is a show that is unequaled, songs that move you to simultaneously dance and cry. 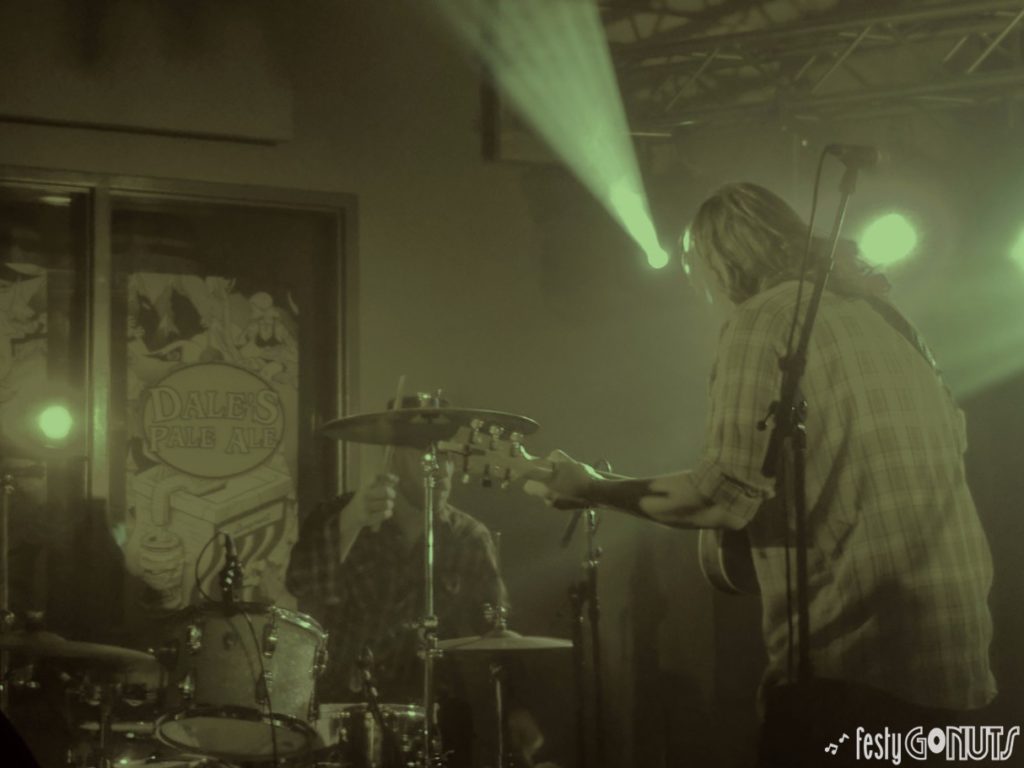 Jake, Chris and Matt play off of one another effortlessly, clearly enjoying every second of their time on stage as they whip the crowd into a frenzy. After nearly creating the first mosh pit Boulder County has seen in ages, the trio easily slides into a touching and tender ballad that brings many to tears.  The tears quickly mix with sweat as the crowd rocks out along with the band, taken on a journey through a small part of the world of The White Buffalo.

This is The White Buffalo.

You need The White Buffalo.

Luckily, if the current tour is any indication, The White Buffalo may be shedding some of the elusiveness.  Extending to most corners of the continental US this winter, The White Buffalo will also bring his songs to Canada, the United Kingdom, Germany, Sweden and even Oslo, Norway!

With stops in 40 North American cities in the next few months, along with the European engagements, you no longer have any excuse to not experience The White Buffalo for yourself.

The White Buffalo is no longer elusive.

Catch him while you can.

You can thank us later. 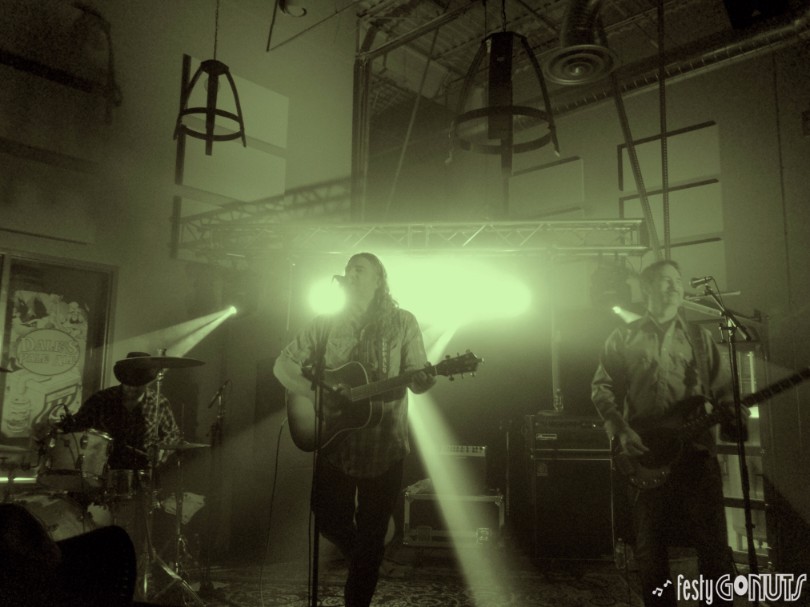 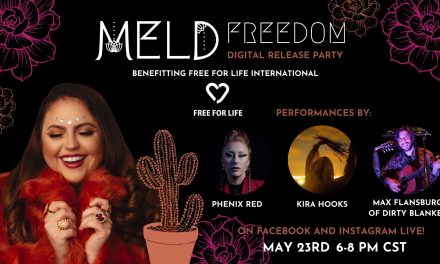 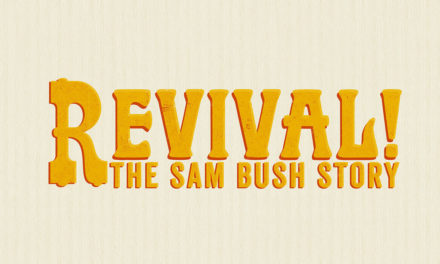 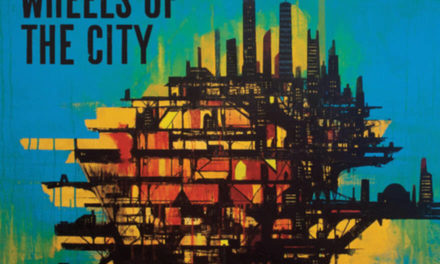 The Drunken Hearts release “Wheels of the City”